THE KING OF ALL VIRTUAL INSTRUMENTS 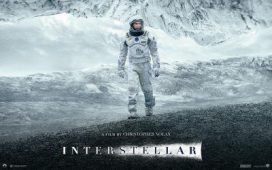 In November 2014 Christopher Nolan released the Oscar winning science fiction Hollywood blockbuster Interstellar. It is the second feature film to incorporate Hauptwerk into its soundtrack (Tim Burton’s Frankenweenie was the first). While interviewed in the February 2015 issue of Keyboard magazine film composer Hans Zimmer states: “I was trying to hunt down a great […]